29 Most Beautiful Indian Girls with Pictures

India is a land of beauties, with its boundaries reaching from Mumbai to Meghalaya, and Kashmir to Kanyakumari. Let us take you on a beauty trip with the most beautiful Indian girls who have made millions of heart skip a beat.

This London born Indian desi won many accolades. She is India’s Barbie Doll. As she debuted in Boom, with a controversial movie, to begin with, she received many raised eyebrows about her no talent and too much skin. However, when you look at the lovely lass, there is no stopping her with lots of Bollywood hits and pipeline. Regardless of who debates her acting skills, she is one of the most beautiful Indian girls.

Hailing from Mangalore, daughter of Prakash Padukone, a badminton player, another South Indian beauty is Deepika Padukone. She is an ace actress with an outstanding talent in dancing. Her debut with Shah Rukh Khan in Om Shanti Om has given her critical acclaim.

She is the Miss World in 1994, with all the adjectives not enough for describing this green-eyed beauty. She began her career as a part-time model and ended up winning the beauty pageant.

As a Miss World winner, this model turned actress made an impression on her big film production houses and critiques with great performances in films. With millions of fans following all over the world, she had the potential of being an eternal actress.

Another of the beautiful Indian girls has lady luck following her everywhere. As born into an Army family, Anushka has done a great job establishing herself as an A-list actress.

As the sister of Karishma Kapoor and daughter of Randhir Kapoor, she is a sizzling and hot actress. Her size zero figures and natural acting have always made headlines. Breaking millions of hearts, this beautiful lady married Saif Ali in 2015.

Shriya is a model, an actress, presenter, and a really good human being. She worked in Hindi and other different regional films in Telugu and Tamil languages.

She is a very famous actress in the South, which have made her presence left starring in Singham.

This beautiful lady from Mumbai is a very famous face in Telugu films. She began as a model and appeared in advertisements like Fair & Lovely and Electrolux. Her first film won her FIlmware Awards for the best Debut Female.

As born in a Muslim family, it has been hard for her to get into Bollywood, which necessitates good acting background and courage. As one of the most beautiful Indian girls, she is a girl of metal who began modelling to help both ends meet.

Another of the most beautiful Indian girls and beauty pageant winner is Diya Mirza. She won as the Miss Asia-Pacific in year 2000, which has given her ticket to Bollywood.

From Kochi Kerala, Asin has already been established as a superstar in South Indian movies. With her outstanding acting skills, she delivered several great comic and serious roles with conviction.

As another of the most beautiful Indian girls, she sure knows how to make millions of hearts go Dhak Dhak. With her excellent debut in Abodh, she ruled Bollywood like nobody else. Her outstanding dance moves, charming smile, and excellent acting skill got her a long way.

This Mumbai lady is a talented and strong actress. She did a handful of movies in the South before signing movies in Bollywood. She has a long way to go with her award winning performance in Dor.

Sexy is the first word that comes to our mind when we think of Sushmita Sen. Coming from a humble background in Calcutta and as one of the beautiful Indian girls, she defines grace, intelligence, and elegance. She won Miss Universe in 1994, and was recognized one of the sexiest ladies in the country.

She won the 200 Miss Universe and 1997 Miss Intercontinental. She is not only a popular Indian supermodel, but also an outstanding actress.

As a star daughter of Anil Kapoor, Sonam Kapoor is a Fashionista. Even though her first film titled, Sawaariya, has been a big flop, her fashionable sense of clothes had made her belong to the most beautiful Indian girls in the industry.

She is not officially established as an actress, but she is definitely beautiful looking. Her movie, Kaho Naa Pyaar Hai has been a huge hit and won her various acting propositions.

As the legendary Shatrughan Singha’s daughter, this beautiful-looking face has been seen first in Dabangg. She has also been seen in Dabangg’s sequel.

As a daughter of Sarika and Kaman Hassan, she has the looks that each girl dreams of. A wonderful smile and perfect features make her one of the famous selections in the South.

She is a South Indian actress and among the most beautiful Indian girls and leading superstars in Tamil and Telugu movie industries.

She is another Indian beauty without any problems speaking Hindi fluently. She gave some of the most laudatory performances in Kahani, Parineta, and Dirty Picture, which has won her many awards.

Even though she is yet to establish her name in Bollywood, her beautiful face gets her to be featured in the most beautiful ladies in India.

She is another actress with a strong foothold in the South film industry.

There is no stopping her from being the sexiest mother and lovely item girl with her outstanding acting performances and sexy dance moves.

She comes from an Army family, and her dimpled smile made place in millions of hearts all over the world.

Even though she did not do well in acting, her pretty face can never be forgotten.

She is without a doubt one of the most beautiful Indian girls in the entire Bollywood.

She is a popular Indian model and actress, who is downright alluring and bold.

These girls are not only epitomes of beauty; they also have qualities worth imbibing.

Also, Try our other beauty posts

The post 29 Most Beautiful Indian Girls with Pictures appeared first on BeautyTicket. 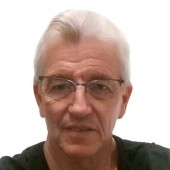